The Sharingan meaning Copy Wheel Eye is the doujutsu of the famed Uchiha clan. It’s highly regarded as one of the three great doujutsu which include Byakyugan and Rinnegan.

While most of it’s powers were manifested from Kaguya’s Rinne Sharingan, it’s true form was manifested by Indra Otsutsuki. But, what’s interesting here is the fact that the Mangekyo Sharingan’s Jutsu’s are directly named after Japanese Shinto dietes. You heard it right, “Japanese Shinto deities”.

Bonus: The Hidden meanings behind the names of Rinnegan.

The six paths of Rinnegan are named after Hindu gods, a religion prominent in India and Southern Asia. The same philosophy was later adopted by Buddhism.

Also, the sons of Hogoromo Otsutsuki , Indra and Asura were named after the Hindu god of rain and the demons respectively. Fascinating,isn’t it? 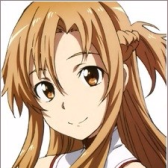