Hashirama Senju, also known as the ‘God of Shinob’ left a very big impact in the world of Naruto. Not only was he solicitous about the Shinobi world but he also went to the extent of asking Madara to kill him so as to get on equal terms for Izuna’s death, this shows his fair-judgemental nature.

Then let’s get started with the facts already.

10. Hashirama’s birthday is on 23rd of October and his blood group is B. 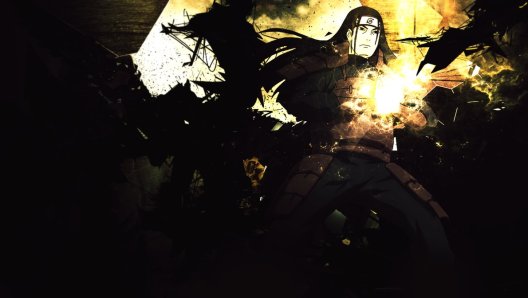 9. The word “Hashirama” in Japanese refers to the space between two pillars. His name might be a play on the word “pillar” since the Hokage is voiced often to be a pillar that supports the village.

8. Despite having cast genjutsu in the series, Yin Release is not listed as one of Hashirama’s natures in the fourth databook.

6. Hashirama’s hobbies were bonsai (art of growing miniature trees in containers or pots) and wood sculpting (branch of the visual arts that operates in three dimensions by carving stone or wood).

5. His face on the Hokage Rock has a crack across the bridge of the nose. This crack is not present in flashback depictions of the Rock.

2. Although the Senjus owe part of their fame as the “Senju clan of the forest” to the Wood Release, Hashirama Senju was the only clan member known to be able to use it.

1. Hashirama’s face appears within the fireworks in the omake (extras) of Shippūden episode 129.

That’s it for the list ? Nah, not at all. There are still many facts about Hashirama that we didn’t cover in this session, but be sure to comment below if I missed any important or interesting facts and I will make it a priority to add them ASAP………

My name is Kvothe. I have stolen princesses back from sleeping barrow kings. I burned down the town of Trebon. I have spent the night with Felurian and left with both my sanity and my life. I was expelled from the University at a younger age than most people are allowed in. I tread paths by moonlight that others fear to speak of during day. I have talked to Gods, loved women, and written songs that make the minstrels weep. You may have heard of me.