Anime is a wonderful world all otakus know about. Some watch it since they were little while some are only just beginning.
Everyone has their own favorite anime and characters. They are all awesome in their own way. In this article I am am going to write about my all time favorite, Sasuke Uchiha.
Naruto is my first anime. It really is an inspiring story with a superb combination of epic, sad and comic moments. There is one character apart Naruto who stands out in this anime. His name is Sasuke Uchiha. I loved him the first time I saw him and I still do. He’s simply too epic, cool and sexy.
Sasuke is the antagonist of the series and believe it or not he wasn’t going to appear in Naruto but the creator, Masashi Kishimoto, was advised to create a character opposite of Naruto and to be his rival. And he managed to create something great.
In the beginning, Naruto didn’t like Sasuke who was always way ahead of him and was acting cool and got all the attention. Yes, Sasuke had many things to be proud of even as a child. He was the sole survivor of the Uchiha Clan Massacre, he had the best grades in class and got all the attention…especially the lady’s attention.But he treated their attention with great indifference. Even tho he had the best grades there are things that Sasuke didn’t obtain maximum points at. Team work for example. Him being too full of himself,preferred to work solo. He was over confident.
Naruto stated that his eyes were full of hatred but the hatred from Sasuke’s eyes wasn’t pointed at him. Of course not. His whole hatred Naruto saw was pointed towards Sasuke’ s older brother, Itachi Uchiha, who wiped off his whole clan. After that Sasuke became very cold and indifferent and swore to avange his clan and family. He went through such a trauma. His heart was filled with hatred, pain and loneliness.
Even if Sasuke was cold he managed to create new bonds when he was put in Team 7 along with Naruto and Sakura. Sasuke grew to hold the two dear and despite his arguments with Naruto, they started working as a team. Sasuke began to see Team 7 as his family and even believed that this is a better way than the path of revenge. But a visit of Itachi to Konoha would change his mind and make him chose revenge. He left the village and joined Orochimaru in order to gain more and more power to defeat his brother.
I know people don’t agree with Sasuke’ s choice and what he did. I’m not saying that he did well leaving his friends and village behind either. When he did that and became rogue I tried to understand him. His hatred and sorrow became so great that even his sharingan wasn’t able to see the light. Sasuke fell into a great hole of despair and darkness. I felt sad and sorry because I knew he was all alone and refused to realize that he needed help.
The death of his elder brother and finding the truth about him, that he was made to kill his whole clan in order to attain peace, overwhelmed Sasuke and made him so confused that he started plotting the destruction of Konoha. He changed his mind after all and decided to honor his brother fighting for the village in the Fourth Ninja War. Meeting his old teammates made him remember the times when they were all together.
follow Naruto since I was little and it gave me beautiful childhood memories.
I love Sasuke because I can relate to his loneliness and I know how painful it is to be alone. He showed me that revenge and hatred aren’t the answer. He also taught me to work hard to achieve my goals and not letting people’s words affect me. He’s my all time favorite character because he’s strong, cool and mysterious. He’s such a complex character. He’s a paradox because he can be so cold but he also can love with all his heart. Because he’s so mysterious not everyone can understand him. He is one of a kind character.The things he overcame, his cool attitude and great power makes him one cool, unique guy. #UchihaGirl 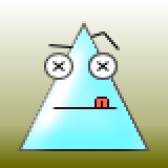