A lot of people have been wondering as to why Mitsuki left Konoha. His actions in recent episodes have led to fans thinking that this is a retake on the dynamic between Naruto and Sasuke and I must agree, that there are quite a lot of similarities. The most striking of them being the abandoning of the Hitai-ate(or forehead protector for the uninitiated). To be honest, I always felt that something like this would appear as a filler.

Till the start of this arc, Mitsuki has always idolized Boruto,following him in all his adventures and even stating multiple times that Boruto was his “Sun”. Looking deeper, one realizes that the name Mitsuki itself is a reference to the Moon. We have known for more than a year that Mitsuki is Orochimaru’s synthetically created child. During the arc showing his backstory, it is revealed that Orochimaru wanted Mitsuki to find his independence,and creates a complex plan for Mitsuki to do so. On Orochimaru’s sixth attempt of the plan, each time erasing Mitsuki’s memories , Mitsuki unlocks Senjutsu and rebels, stating that he will follow his own will, not knowing that this is what Orochimaru wanted for him all along. It is in search of this will that he meets Boruto.

Shortly after the fight against Momoshiki, Mitsuki begins to wonder if his will was his own, and knowing first hand the abilities of Orochimaru, questions if he is being manipulated.The changes that this kind of thinking brought to his character can be observed around the end of the episode where Boruto meets Ohnoki and receives the answer to the riddle of the hardest rock.

The letter from the Iwagakure shinobi that Mitsuki burns likely has the message that if he wishes to know the secret of his will, he must visit Lord Ku, who is the leader of the shinobi who took Mitsuki. I also think that the reason Mitsuki didn’t kill the guard was because he was smart enough to know that if he was wrong about his will being manipulated, he wouldn’t have a comrades blood on his hands.

For those questioning why Mitsuki attacked Boruto, the answer is quite simple. He didn’t want Boruto to intervene in his determination of his true will. Though there are similarities , the whole point of why Sasuke went to Orochimaru was because he needed more power to kill Itachi and he knew he would probably not get that as fast as he wanted in Konoha.

Lord Ku’s motivation is also quite simple. Like Orochimaru, he has created artificial beings, probably as an army to wage war. But as can be seen with Sekiei, they are quite fragile. Mitsuki is probably taken to figure out a way to make his creations more robust and human. This is just my guess, but based on what Ohnoki told Boruto and Kurotsuchi’s reaction when she fought him, I would assume that Lord Ku is actually Ohnokis grandson who was assumed dead. Then again, I may be wrong.

Finally in conclusion what I would like to say is this: This is just a filler arc. No mention of it is seen in the manga. Therefore it is pretty safe to assume that this is not really binding canon.Due to the fact that the manga is updated monthly, and the episodes are updated weekly, it is fairly obvious to see that this schedule is the reason why there are so many damn fillers.

Mitsuki will return, hopefully within the next 10 episodes and we will finally start seeing some really good episodes.

PS: This is my first official article so any CONSTRUCTIVE criticism would be appreciated in the comments 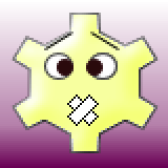