Lately there was a lot of talking about the most controversial character in Naruto manga/series – “Konoha’s Itachi Uchiha”. The question arose whether Itachi could defeat Madara. Basically, who is stronger- Itachi or Madara?

I’ll talk based only on original manga (I have not read or seen the sidestories).
We know everything about Madara, we know what he’s capable of, we know that he has rinnegan (he’s acquired it before death), the abilities of which we basically know inside out, and we know Itachi knows them too.

We know Madara would never say that he is stronger than Hashirama, I bet even if he defeated him with rinnegan he would be like “I didn’t even think it was possible”.

And we know why he would say that. He would say that because he’s a paranoic introvert (I don’t mean it offencively, I’m talking about the psychology of his personality) who tries to be strong because he doesn’t trust anyone exept Hashiarama.

Madara is a very vulnerable labile soul because of his misstrust to everyone. If Naruto had time to talk to him he would make him cry far more than he made Nagato. Madara may be almost undefeatable by strength or jutsu, but the “talk-no jutsu” (as we love to call it) can destroy him (of course it needs a talker of at least Itachi’s or Naruto’s callibre, if even Hashirama wasn’t able to talk any sense into him).

Basically we know Madara very well, we know all his jutsu, his style, his won and lost battles, we know he’s suuuper strong and suuuper self-confident. 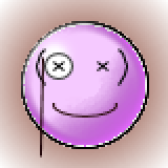