HOW TO GET AWAY WITH MURDER REVIEW

How To Get Away With Murder is a tv series. It is an American thriller series that aired on ABC with the first episode on September 25, 2014. It has 6 seasons which consists of 15 episodes every season. Each episode has a running time of 43 minutes. Without further ado, let’s review the series.

PLOT OF THE STORY:

A group of law students and a brilliant criminal defense lawyer got involved in a twisted murder plot that changed their entire lives. In every season there is a question that will be answered, WHO GOT AWAY WITH MURDER?

The story involves with a criminal defense lawyer/professor at MU (Middleton University) named Annalise Keating and she created a group which is called Keating 5, the outstanding students who will get to work with a respected lawyer. They are Wes Gibbins, Michaela Pratt, Connor Walsh, Asher Millstone and Laurel Castillo.

WHY SHOULD I RECOMMEND IT TO YOU?

If you wanna be a lawyer or a person who loves watching these kind of things, this is the series I would recommend to you. Peter Nowalk, who is the creator of this series have been dedicated as I saw in his instagram filled with scripts in the series. I promise you that you won’t regret watching this because of its unique plot and characters. It also emphasize how black people is discriminated and how Annalise Keating changed the justice system.

WHAT MAKES THIS SERIES INTERESTING?

What makes this series interesting is because you wouldn’t guess what will happen next and what the characters would do to get away with murder. I guessed wrong when I thought I knew what was going to happen and that’s what makes it special. Each episode have cliffhangers and that’s why the series is very special– it makes you want to watch another episode. Each casts has portrayed well their characters. Every good series or movie has a good set of characters. As a person, the roles here are quite difficult but they portrayed their roles successfully.

IF I HAVE TO PICK ONE CHARACTER IN THIS SERIES, WHO WOULD I PICK?

I would pick the main character which is Annalise Keating. When she gre up, she doesn’t get back the love she deserves. In my opinion, she has so many experiences in life that if I were in her shoes, I would commit suicide. But she didn’t, and that is one of the things that I admire about her.

She is a brave and a bad-ass woman. Not all the people in this world have a voice to speak for themselves and Annalise’s character isn’t afraid of what other people may think of her— or maybe she’s afraid but she didn’t let that fear get to her because if she did, she would end up in jail or worse, in jail. All she did was love yet pain is the thing that she always receive. Nobody understood her and it’s quite sad.

DID I LEARN ANYTHING ABOUT THE SERIES?

I have learnt something while watching the series but I am only going to focus on one. The truth will set you free. . If you did hide the truth, your conscience will be guilty and the burden will be heavy. Also, hiding the truth to someone may cause their trust to you, fall apart. You may even lose friendship from them and finally if you tell the truth you will feel very light and your burden will not be heavy as it will set you free.

Thank you for reading this article! If you want more detailed information about How To Get Away With Murder, you can click here. Also, HTGAWM is available on Netflix! You can click here 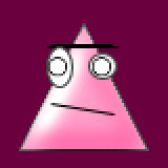 Hi minna! I'm Soma. I'm a new editor here. I'd like to write many things. Even random things. Writing is my passion and also my hobby. Whenever I find time in my schedule, I write something. Thank you for reading my articles minna! You can message me for inquiries moschinopink31@gmail.com