There are quite a few shows this year that got the hype train. Well, most of them are not original series. And what I mean by that is, that most of them are sequels or something. Now, don’t get me wrong. There are a few really good original show too. These 2 are the definitely on top of that list.

It’s a unique and original story that Kyoto Animation just happened to come across. To not highlight Kana Akatsuki’s amazing work it just wouldn’t be right. The way that the anime approaches violet ever Gardens story is different from the way that it’s presented in the novels. Not in terms of the type of content per se but more so in the chronology.

So rather than starting off the story as violet being this enigma whose past is slowly revealed to us, we are given violets underlying story and motives right from the get-go. Within the first three episodes, the plot is set up as a very basic coming-of-age story. We’re introduced to a post-war violet whose very way of living is dictated by the orders that are given to her by her commanding officer Gilbert. However, Gilbert is assumed to have been KIA (Killed in Action) in one of the final battles of the war. As she tries to cope in a world without him and his orders she finds herself contemplating the last three words that he said to her- ‘I love you’. But violet being this child with a much-closed outlook on the world cannot fathom the meaning of those words or the feelings behind them. In order to learn the meaning I love you she decides to become this ghostwriter.

1 2Next
Prev Article Next Article 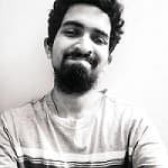